I’ve been told to come to the Mennonite Church USA Future Church Summit with a smile, ready to make new friends. And I will.

I basically smile all the time anyway;that’s just how my face looks. Honestly, I have to try hard to not smile at inappropriate times like funerals or public scoldings.

Also, I like friends and am happy to make new ones.

So I will bring my friendly smile to the Summit. I will also bring my deep longings for the future of my church: that we might be a truly inclusive, Christ-centered, joy filled, community of faith.

If you know me at all, you will not be surprised to learn that I have A LOT of ideas for the future of our church. And I could list any number of policy (and staffing) recommendations that I think would move us toward a more faithful future. But I won’t go into those here. (If you’re lucky enough to be at my table during the FCS, you might get to hear some of them. Though, in addition to being told to smile, participants have also been instructed to listen more and talk less. So I will, as always, try to follow the rules.)

Rather than addressing specifics, I want to address two pervasive denominational frameworks that prevent us from truly moving forward. 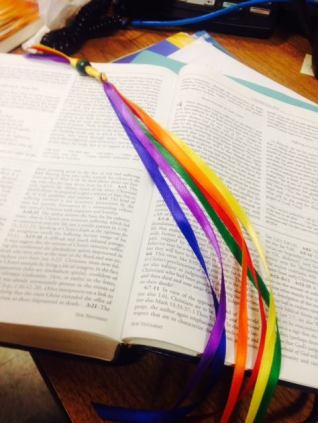 The current narrative from denominational leaders is that the harm done to two particular groups of people in the church is equivalent:

Please look over these two lists again and hear me very clearly: These harms are not equal.

I had a conversation several years ago with conservative pastors who told me that their young people didn’t feel “safe” at Mennonite colleges. They were “not safe” because they might have professors who presented views different from what their church had taught them; because there might be actual gay people on campus; because some other students might challenge them on or even become angry with them about their views on sexuality. So they did not feel “safe.”

Most recently, we see this false equivalency implied in the recent Executive Board statement regarding the suspension of Doug Basinger’s appointment to the Leadership Discernment Committee:

Most of the EB members learned of the nominee’s sexual orientation and marital status some days after the board meeting. Because of its care for the nominee as well as the whole church, the board carefully weighed the options for dealing with this controversial matter.

Do you hear that? The board considers the harm done to conservative Mennonites who would learn that a gay person is on a denominational committee to bear equal weight with the harm done to Doug himself and all other LGBTQ people when denominational leadership rejects the clearly evident gifts being offered for the service of the church.

If we want to move forward as a church, we cannot continue to present these false equivalencies of harm. We have to be willing to truly evaluate and repent of the deep harm we have done and continue to do with our anti-lgbtq teachings, attitudes, and policies.

Framework #2: Everyone Must be Happy 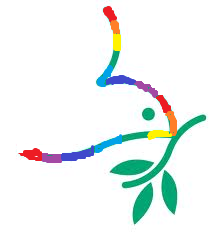 While I do believe that Doug and other LGBTQ Mennonites are the people most deeply harmed by the recent board actions, I understand that harm has also been done to some people on the Executive Board. The painful situation of Doug’s appointment and subsequent suspension is partially a result of the desire of MCUSA leaders to keep everyone happy.

Because of this desire for happiness—sometimes explicitly stated as a desire to not offend anyone—the denomination does not have a formal policy banning LGBTQ people from serving on MCUSA committees. But they also have never appointed an out LGBTQ Mennonite to any committees.

Setting aside the significant theological problems of this approach—especially for Anabaptists,–let’s focus here on the hot mess our denomination has become as a result of this particular leadership strategy.

Doug’s appointment and suspension is just one example.

Based on the messages we receive from denominational leadership, both groups of people are right. And now it’s all a hot, oppressive, mess.

We’ve seen this same strategy fail miserably before—when MCUSA leadership introduced the Membership Guidelines resolution in Kansas City in an attempt to mitigate the “damage” of the Forbearance resolution and appease conservatives. This resulted in an emotionally and spiritually traumatic experience for many LGBTQ Mennonites, some of whom have left the Mennonite church entirely and many of whom cannot bear another convention.

And–you all might remember this–Lancaster Conference left the denomination anyway.

We see leadership struggling with this “make everyone happy” strategy as it applies to processing Ministerial Leadership Information forms. So now they have created a system that I know does not make inclusive folks happy. And I doubt traditionalists are very happy about it either.

That’s the problem. When you try to make everyone happy, you often end up making nobody happy. And a lot of people angry and alienated.

More importantly, when your goal becomes making everybody happy, you become obsessed with walking a very thin (probably non-existent) line. You start to believe that avoiding offense is the same thing as being faithful to Jesus Christ. (Spoiler alert for those who haven’t read the Gospels: It’s not.)

14 thoughts on “The Future (Mennonite) Church”