These days, we hear the phrase “Lamb of God” most often during Lent. We connect it to Jesus as the “suffering servant” of Isaiah 53, and it conjures up images of Jesus’ bloody body hanging on the cross.

I can’t imagine, though, that this is the image John and his disciples had in mind. Why would images of a bloody, murdered lamb prompt Andrew and the unnamed disciple to leave John the Baptist and follow Jesus? “Look! Here’s the guy who’s going to be led silently to slaughter.” “Wow! Let’s go, Andrew! I want a piece of that action.”

We can’t impose a post-resurrection understanding of the title onto a pre-crucifixion story. John the Baptist is not pointing to Jesus as a silent, suffering, victim when he calls Jesus the “Lamb of God who takes away the sins of the world.”

Sheep—whether they be ewes, rams, or lambs—were common symbols in religious and secular contexts of the first century. And they were often symbols of power. There is the Jewish apocalyptic lamb—the one we meet in Revelation, fierce and conquering. There is the lamb turned ram in the book of Enoch who represents the triumphant King David. And Aries, the great lamb constellation around which all the other constellations were mapped.

Far from a suffering servant, John and his disciples understood the “Lamb of God” to indicate a divine conquering leader. That is why they followed him. And that is why they later become confused and unsure about Jesus’ identity. Why John later sends people to ask Jesus, “Are you really the messiah? Or should we wait for someone else?”.

Jesus was not the Lamb of God they were expecting. He healed instead of destroyed. He confounded religious and secular leaders with his words rather than attacking them with swords. He sent his “army” of seventy people out “like lambs” and told them to “carry no purse, no bag, no sandals” (Luke 10). He died in disgrace on a cross.

Jesus was not the reincarnation of King David or the Lamb of the Apocalypse. It seems that John and his disciples got it wrong. I wonder, though, if we don’t also get it wrong. If, by equating Jesus with the lamb of Isaiah 53, contemporary Christians err in the opposite direction.

This understanding of the passive, suffering “Lamb of God” has been used by slave owners to keep their slaves in line; by pastors to encourage abused women to stay with their abusers; by people in positions of privilege and power to shame those who challenge that privilege, that power.

There is nothing particularly Christ-like about silent endurance. True, Jesus was silent before Herod, but that was an act of aggression, not passivity. Herod wanted him to talk. And before that, Jesus talked back to Pilate. And certainly had words for the chief priests and the scribes and the Pharisees on many occasions. If Jesus had merely been silent and passive, he would not have been executed by the state.

If the Lamb of God is not a triumphant ruler and not a silent victim, then what? I’ve never been comfortable with this terminology for Jesus, and now I see why. Neither of these most obvious understandings of the term faithfully reflect who Jesus was—and is.

These two understandings present different images of how the Lamb accomplishes the goal—through violence or passivity–but the goal itself remains the same: “This is the Lamb of God who takes away the sins of the world.”

American evangelical Christianity has translated this to mean that Jesus forgives each individual of his or her individual sins. So you don’t have to feel bad about lying to your mom when you were ten or cheating on your taxes last year—the Lamb of God takes away the sins of the world. 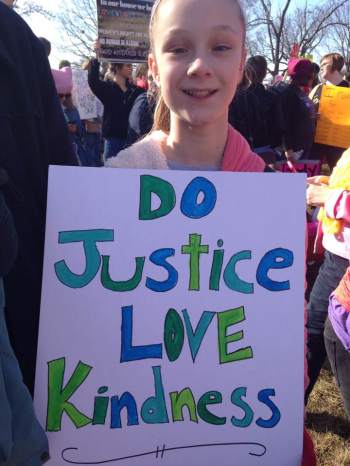 But I can tell you that John and his disciples were not concerned with their own individual, personal, moral indiscretions. Or, maybe they were concerned with them, but they certainly didn’t expect the Messiah, the Lamb of God, to care much about them. The sins of the world were much bigger.

Here is the Lamb of God who takes away the sins of the world.

What is important about the Lamb is what he does. The Lamb of God takes away the sins of the world.

We know that what. If we are concerned about the how—which I think we should be—we have to look beyond the militaristic images of the first century disciples, and we have to set aside the glorified victim images of subsequent generations.

If we are concerned about the how, we have to study Jesus’ life. To note how he was powerful, but not violent. Peaceful, but not passive. How he challenged, but did not attack. How he was kind, but not permissive. The what and the how are both important. And both are revealed by Jesus, the Lamb of God, the Messiah.

Yet somehow, while removing violence and hatred and suffering from our world is not our work, we are, nonetheless, privileged to participate with God in that work.

We are privileged to follow the example set by Jesus, to live within the power of the Holy Spirit, to walk with each other in the community of faith, as we all, together, work to take away the sins—the injustices and oppressions—of this world.