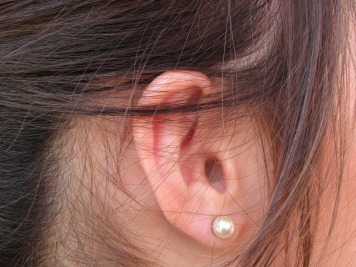 As a white Christian, I felt privileged to be part of a small inter-faith gathering recently where several women shared a bit of their own stories.

One said that her sister went back to Iran to care for their parents. That had been the plan for a long time, and she followed through. But nobody knows if she’ll be able to get back into the US—to her job and her family.

Another said that, though she is a third generation US citizen, she has a plan B. A plan of what to do if she and her family need to leave the country. Because, while she looks white, she knows she’s Jewish. And she knows too much about history to not be alarmed.

In a recent interview, David Brooks said, “I think that when we look back on our lives, we tend to think about our family, or our marriage, or maybe our vocation. We don’t look back on this law or that law that was passed.” (Christian Century, February 1, 2017)

Ah. Spoken like a true middle-class straight white male. It is true that his family, his marriage, his vocation–his home, his body–are not threatened by laws that have been passed or proposed. But some people absolutely do “look back on this law or that law that was passed.” The law that allowed them to legally marry the love of their life. The law that required businesses to have handicap accessible bathrooms so that they could have a job. The law that forced their mom to leave the country.

For those of us not directly in the Trump administration’s line of fire (yet), it may be easy to wax philosophical about appreciating the personal and not getting so worked up (or, as Brooks said, “hysterical”–a term with a painfully sexist history) about politics. But the reality is that these presidential orders are affecting real lives. A lot of them. In devastating ways.

Iris de León Hartshorn, director of Transformative Peacemaking for Mennonite Church USA, spoke at a recent conference for people of color in MCUSA leadership: “This [current reality] has some very different consequences for people who are white and people of color. For people of color this affects our lives, our families, our communities and our relationships.” (The Mennonite, February 9, 2017)

May God give us all ears to hear.

4 thoughts on “Paying Attention to Privilege”