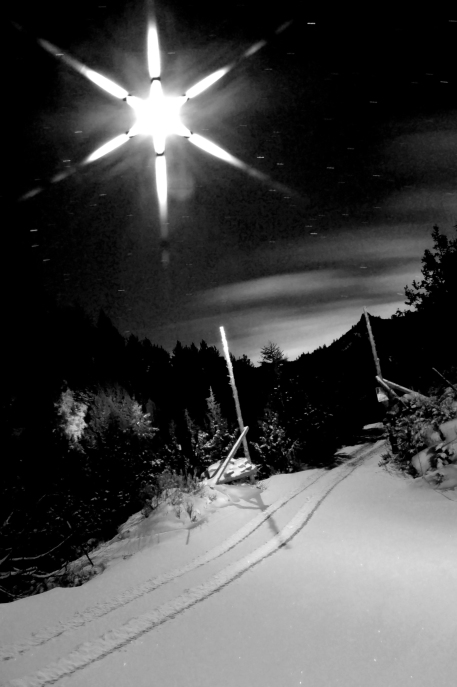 There is so, so much in this Epiphany story. Good stuff. And hard stuff. Deep theological insights. Profound truths about the human condition. But this year it is the star that is pulling me in. And on one hand it feels like I should pay attention to some of the more earthly, serious aspects of this story. But on the other hand I have realized that I am definitely not alone in my fascination with the star.

This “beautiful Star of Bethlehem” has captured the hearts and imaginations of people for hundreds and hundreds of years. Poets, artists, and musicians have explored the mystery of this object—the holy light guiding the enigmatic magi to the Christ child.

And I’ve discovered that it’s not just the artistic types who are drawn in by this star. Actual historians and astronomers—honest to goodness scientists–pore over data and debate what exactly the star was. In 2014, there was a 2-day colloquium at the University of Groningen in the Netherlands titled: “The Star of Bethlehem: Historical and Astrological Perspectives.” Perhaps the star was the conjunction of Jupiter and Venus, or maybe Jupiter and Saturn were in a triple conjunction in the constellation Pisces, or it was a comet or a super nova.

Yet despite the prominence of the star in our imaginations and our artistic endeavors, in reality the star must not have been that prominent. Certainly it wasn’t something that your average person wandering around the hills would have noticed in the night sky—that pre-electricity night sky that was crammed full of shimmering dots of light.

If everyone had noticed this particular star, then Jesus would have gotten more than those three presents. People would have been flocking from every direction to pay homage to the Christ child. But only the magi came. And I’ve been thinking some about why the magi noticed that star when so many others missed it. Even the scribes and scholars in Jerusalem who should have been paying attention to the signs failed to notice this particular star. So why did the magi see it?

While we don’t know exactly who the magi were, we can assume that they had some training in looking at the stars; that they studied the heavens; that they had charts and scopes. And they paid attention. And they had patience. And they had each other–this journey from the east to Bethlehem is not a journey anyone would take on their own. And they had courage. . . . There are a lot of reasons why this particular group is the one who noticed and followed the star to the Christ child.

Does that mean we should all be astronomers so that we can recognize the signs God writes in the stars? Of course not. One of the beautiful things about scripture is that it tells us of many ways that God speaks to people; many ways that God has led people to Jesus.

We have the stories of Mary, the shepherds, the disciples, Zachaeus, the woman with the flow of blood. . . . An angel. A job. A stranger’s voice. A new perspective. A deep need. There are so many things that, if we pay attention, if we step out in faith and follow, can lead us closer to Jesus. So many stars.

I don’t know for sure what your star is, but I can tell you that there are stars out there to follow. There are points of light that God reveals to you—if you watch and wait and pay attention—glimmers that will draw you across even the most treacherous landscapes and into the holy presence of Jesus.

Thanks be to God.

This reflection is excerpted from a sermon preached on January 10, 2016.